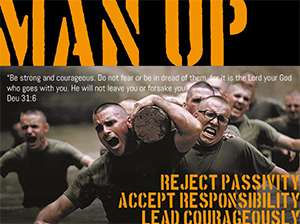 Croatian brothers, in reflecting on our inaugural Croatian Men’s conference, I was led to look back into the origins of our Croatian Profession of Faith, and the origin and significance of our ‘Zavjetni Križ’ (Covenant Cross). It was the work of the Holy Spirit that both the Cross and the Profession of Faith made it into the combat manual for our 2019 inaugural Croatian Men’s Conference. Even more striking, these were included not just anywhere in the manual, but on the very first page!

Since then, we have investigated the history and the significance of both the Croatian Profession of Faith and the Covenant Cross. It truly is amazing how all this came about, and the significance for our nation. It was initiated, I am sure, by the Holy Spirit through our Croatian bishops and priests. It was the high point of the 1300th year celebration of Croatian Christian heritage; a project to renew and revive the knowledge of our nation’s Christian roots.

These celebrations started in Solin and culminated in Branimir’s jubilee in the year AD1979. This was the celebration of Pope John VIII’s recognition of Croatia as a sovereign nation in Europe (one of the first European nations) in AD879, and the recognition of Prince Branimir as its rightful ruler.

The other significant parts of the covenant were the Profession of Faith which was formulated for that jubilee year, along with the design and creation of the ‘Zavjetni Kriz’ (Covenant Cross). The Profession of Faith was to be recited daily at 9pm in all Croatian households. It was also intended that the Covenant Cross would be displayed in a prominent position in every house, a place where the family would gather together for daily prayer.

For unknown reasons, this most significant event in our recent history has been overlooked and forgotten by a good number, if not a majority, of our people. Consequently, it has not been passed onto the newer generations. Personally, I believe this event played a significant part in helping to lead our nation out of slavery to the evil Communist regime (the former SFRJ being our nation’s ‘Egypt’) only 12 years later.

It was not coincidental, but rather providential, that we had our inaugural National Croatian Catholic Men’s Conference in AD 2019, a year which marked the 40th year anniversary of the Branimir year celebrations. We had the ‘Zavjetni Kriz’ and the Croatian Profession of Faith on the first page of our combat manuals, and the cross for our conference was a ‘Pleter Križ’, based on the Covenant Cross. Yet with all these signals, we failed to recognise or comprehend the significance of the year to our nation, something we should have acknowledged and celebrated at the conference. Nonetheless, the conference was blessed by the Lord, as were all that attended.

We have recognised this ignorance of our past, and are committed to amending this oversight. This blog post, the first of many to come, is just the beginning of this amendment.