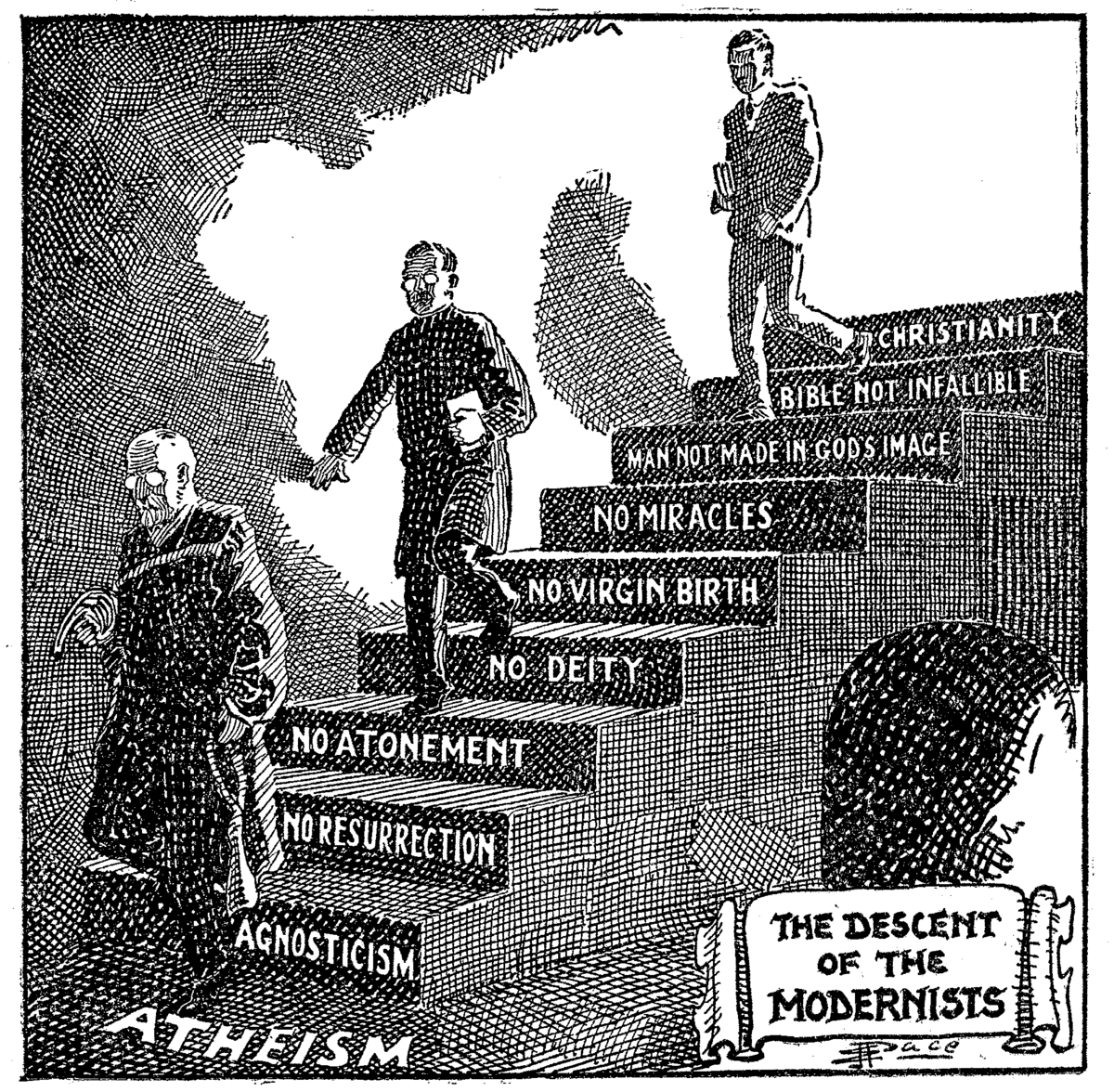 “It must be confessed that these latter days have witnessed a notable increase in the number of the enemies of the cross of Christ, who by acts entirely new and full of deceit, are striving to destroy the vital energy of the Church, and as far as in then lies, utterly to subvert the very Kingdom of Christ.” – Pope ST. Pius X, Pascendi Dominicic Gregis, 1907

Men. It is time to wake up! “Probudi se”. Look around you. There is a great battle raging. Not just for your soul, but for those of your family members and the Catholic Church. The enemies are not only at the door of the Church, they have broken through and now as a trojan horse, cause havoc from within. It is no wonder that Pope St Pius X, over 100 years ago named “modernism” as the synthesis of all heresies in his encyclical “Pascendi Dominici Gregis” on the 8th September 1907. The serpent of modernism has definitely infiltrated the Church from within and it has laid its eggs which are now hatching and continue to hatch. It is more dangerous than any other heresy in that other heresies deny a certain aspect or dogma of faith and Catholic teaching or try to attack the Church from without.  But modernism is attacking from within, seeking to destroy all that is supernatural, the reigning school of Catholic thought for the existence of God and the authority of Scripture and Sacred Tradition. They instead prefer to look to intuition, human experience and inner yearnings as the basis of religious belief based on teachings of secular philosophy and liberal Protestantism with authors such as German’s Kant, Hegel and Friedrich Schleiermacher as well as some priests such as excommunicated Jesuit George Tyrell. But in this post-modern era, it isn’t hard to find on any street corner, a teacher, lecturer, politician, parishioner and even priest or bishop who doesn’t demonstrate and subscribe to the false teachings of modernism. These modernists are on the attack, and silent Catholics are letting them run riot. Pope St Pius X describes them as such:

“Moreover they lay the axe not to the branches and shoots, but to the very root, that is, to the faith and its deepest fires. And having struck at this root of immortality, they proceed to disseminate poison through the whole tree, so that there is no part of Catholic truth from which they hold their hand, none that they do not strive to corrupt.” (Pascendi, 3).

All we hear in this day and age is talk of political correctness. Words such as “left” and “right”, “forward” and “backward”, “progressive” and “regressive” take political discussion only so far, and some push their agendas as wolves in sheep’s clothing. But the reality is there is no “left” and “right”, but only “right” versus “wrong”. Eventually, any conversation must come down to sin and grace because as Cardinal Henry Edward Manning, Catholic Archbishop of Westminster observed “all human conflict is ultimately theological”. The only real directions we can go are up to glory or down to perdition. If we are to survive in this battle, we need to step “into the breach” (cf. Ezekiel 22:30).

“No type is more dangerous than this, and to be persuaded of it, it is sufficient to consider the obstinacy with which so- called ‘Liberal-Catholics’ cling to their false doctrine, trying to lure the Church herself into their way of thinking. Priests must watch against that hypocrisy which attempts to enter into the fold of Christ preaching Charity and Prudence, as though it were Charity to let the wolf tear the sheep to pieces, or Virtue to practice that prudence of the flesh which is reproved by God … Priests must watch, for the faith is threatened, less by open denial than by the subtlety and falsehood of those perfidious Liberal- Catholics, who, stopping scarcely on the brink of condemned error, find their strength in the appearance of pure doctrine.”

“Let priests take care not to accept from the Liberal any ideas which, under the mask of good, pretend to reconcile Justice with Iniquity. Liberal Catholics are wolves in sheep’s clothing. The priest must unveil to the people their perfidious plot, their iniquitous design. You will be called Papist, clerical, retrograde, intolerant, but pay no heed to the derision and mockery of the wicked. Have courage; you must never yield, nor is there any need to yield. You must go into the attack whole-heartedly, not in secret but in public, not behind barred doors, but in the open, in the view of all” (Father Hieronymo Dal-Gal, Pius X, The Life Story Of The Beatus, Dublin, M. H. Gill And Son Ltd., 1954, pp 73-74).

It is no wonder that one of the greatest encyclicals of Pope St Pius X, Pascendi Dominici Gregis (On the Dcoctrines of the Modernists) is relevant today as it was when it was written back in 1907. The warnings of Pope St Pius X have not been heeded and we see the modernists at work in todays society within and without the Church. We see a deep push from religious, including Bishops and priests of the Church to promote gender ideology, the acceptance of same sex marriage, abortion, euthanasia, women and married priests just to name a few. More recently we see a proposal for the Catholic schools in the Paramatta diocese to introduce teachings that include ideas of gender fluidity, identity politics and atheism promoting questions such as “Is sexuality optional? Does the Church’s teaching on sexuality have any value or relevance to modern life? How does social media construct sexual identity?” For those who have eyes to see, it isn’t hard to understand and realise that this is the error of modernism in action, breathing its error down the neck on our innocent youth in an attempt to drag them down with its scaly tail of immorality and denial of Scripture and Sacred Church teaching. Mixing some truth with errors in their teaching, the modernists are likened to someone who cunningly puts a drop of poison into a cup of pure water. One drop and the whole cup becomes poison!

Others are promoting erroneous practices with Eastern influence such as centering prayer or mindfulness instead of traditional prayers such as the Rosary, Divine Mercy prayers and devotions such as the Sacred Heart and Immaculate Heart. They forsake spiritual works of mercy and the Sacraments such as Confession and Eucharistic adoration and reparation. Instead, they focus solely on social justice activities (ie. temporal works of mercy) although not wrong in itself and certainly inspired by Our Lord and taught by the Church, offer a place for them to hide from developing a deeper spirituality and an avenue to push their own agenda and ego.

These are just some examples of modernism at play. We were warned by Pope St Pius when he released his encyclical warning us of such errors developing. It is worth a read and can be found on the Vatican website. In an attempt to combat the spread of modernism, the Saint not only had the foresight and inspiration to warn us, he even wrote the Oath Against Modernism contained in the Motu Proprio Sacrorum Antistitum, 1st September, 1910 where he outlines an oath to be sworn by all clergy, pastors, confessors, preachers, religious superiors, and professors in philosophical-theological seminaries. This obligation was sadly rescinded in 1967(or dare I say hijacked by modernists in Vatican II) and the effects have been devastating.

We read in the Old Testament that God commanded Moses to remove his sandals as he was standing on holy ground (Exodus 3:5). And this is rightly so. It is a sign reverence, humility and respect. But men, do not take off your sandals! Keep them on! Do not accept the false teaching of modernists as holy ground. Do not take off your sandals and remain silent with their false teachings. Their teachings are not holy! The modernists have taken some holy ground away from us planting their weeds of destruction. We cannot sit back and remain silent. It is time we fight back. We have to call them out and not be lukewarm nor silent. Fight with prayer and trust in God. Uphold the Eternal and Sacred Teachings of the Church. Proclaim them to your families, to your schools and in your parishes. If they are trying to pollute you or your children with erroneous teaching, call them out. Direct them to the Truth. Do not be afraid. We need to once again proclaim the Oath as outlined by Pope St Pius (Oath against Modernism):

“I firmly hold, then, and shall hold to my dying breath the belief of the Fathers in the charism of truth, which certainly is, was, and always will be in the succession of the episcopacy from the apostles. The purpose of this is, then, not that dogma may be tailored according to what seems better and more suited to the culture of each age; rather, that the absolute and immutable truth preached by the apostles from the beginning may never be believed to be different, may never be understood in any other way”.

In the words of the Jesus we may summarize the modernists and the post conciliar hierarchy who have embraced this error by saying “they are blind, and leaders of the blind. And if the blind lead the blind, both fall into the pit. ” (Matt 15:14). One way we can ensure we are not being led by the blind is to hold fast to the Holy Catholic Church and its teachings. This is threefold. Firstly, we need to hold fast to Holy Scripture and its teachings. The Bible is the Word of God. Secondly, we have the Magisterium of the Catholic Church which is guided by the Holy Spirit to interpret and teach the Word of God. Lastly, we have the examples of the Saints who have lived the Word of God. They have set us an example to follow and imitate. So if the teaching of the modernists is not Biblical, supported by the Magisterium and Sacred Tradition of the Church and not practiced by the Saints – it isn’t Catholic or true. We need to practice this discernment.

Moreover, as a specific solution to this modernist crisis we need to read the encyclical and with hand on heart and Bible, repeat the oath against modernism.  It seems clear that we must conclude with Pope St Pius X that:

“The impudence and the domineering of some, and the thoughtlessness and imprudence of others, have combined to generate a pestilence in the air which penetrates everywhere and spreads the contagion. (Pascendi, 34).

It is no wonder Pope St Pius X states:

“The greatest obstacle in the apostolate of the Church is the timidity or rather the cowardice of the faithful.”

Thus it is clear that despite the war being waged by Modernists in the name of progress and liberty its poisonous errors must be unmasked and refuted for restoration of the faith and civil society and right order to take effect. But how do we unmask them if we do not know them or even know True Catholic teaching against modernism. I encourage you all the read the encyclical by St Pope Pius X against modernism as well as the oath against modernism. Another great way is to read the Catechism on Modernism according to the encyclical “Pascendi Dominici Gregis”. This document highlights the history, modernist beliefs, causes and remedies. If we are to refute these false teachings we need to not only know what they are, but also how to refute them and learn the teaching of the Catholic Church. We are called to give an answer to all those who ask as well as defending the faith. Stay tuned for future blogs on this document of Catechism on Modernism. We aim to present excerpts of this catechism to equip and educate you in this battle. Take courage men. Do not be afraid. “Ne boj se.”

The Oath Against Modernism